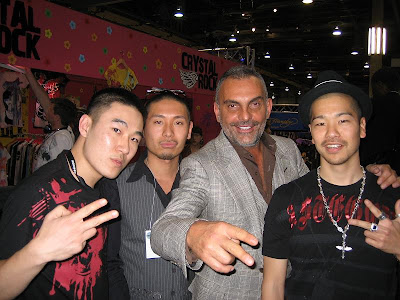 From February 12th to the 15th the JUZD team was in Las Vegas checking out North America’s premiere fashion trade shows, MAGIC, POOL, and PROJECT. Despite the predicting US recession the buyers were spending and spending lots. It was a good season for the brands we visited. Above photo (Jing Liu aka me! 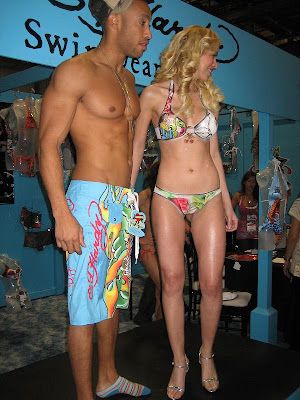 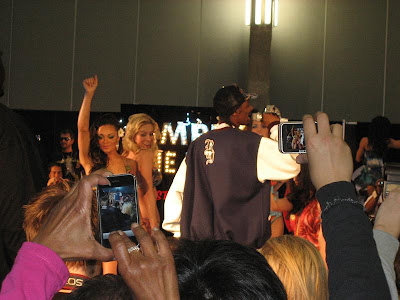 The colorful Creative Recreation showcased its new sneaker collection and style for Fall. While smaller labels such as Shmack Footwear were making head waves and extending their distribution for the fist time to Japan.

I was able to check out Raw 7. It maintained it’s high end grudge style. It brought its unique style of art to sandals and underwear (which I got samples of woohoo). Another brand that caught my eye was Hard 8, an up and coming brand out of LA. It has simliar grunge style as Raw 7 and strong symbolic designs. What was also great was the overall fit and design of the shirts. It fits and feels really good and the designs was perfect for the shirt.

Pool was also a very interesting experience. It was one big chilling lounge. Lots of cool and funky brands. Alternative Apparel was a major sponsor, they were giving out free t-shirts, hats, and other cool stuff. But one of the most interesting brand is Cyberoptix Tie Lab. They print designs on ties and their creativity and craftmanship are amazing. Had a chance to talk to Bethany who is the principle designer and she’s a really nice girl. It’s not the usual silk suit ties I’m use to.

As for Magic, the big show, it wasn’t all that interesting…to me anyways. Lots of huge brands. As for the streetwear section, it was like night clubs, with girls in skimpy outfits handing out flyers. But that’s the streetwear culture. I prefer the class of Project.

Overall it was a very enlightening trip and I had a lot of fun. We are currently trying to get a booth at the Project show in August. Come check us out!