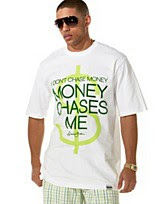 It is no secret that urban apparel is the product of the streets, but does that make it streetwear? The answer to this question at first glance may appear to be a resounding YES! However, when one considers that of the four traditional urban labels, Sean John, Rocawear, Enyce and Ecko, none would likely be found in the wardrobe of the typical streetwear enthusiast. On the other hand, newer labels such as LRG and Crooks & Castles are common in both urban boutiques and those catering to the more traditional streetwear crowd. So whatâ€™s the difference?

I presume there are many reasons for this. The labels such as Rocawear and Sean John are mass produced and mass marketed â€“ available in both boutiques and large retail chains such as Athleteâ€™s World â€“ whereas LRG and Crooks tend to shun mall life. Secondly, I find that the standard urban labels tend not to be terribly creative as to what they place on their t-shirts, opting rather to rely on the simple logo tee – although Sean John does depart from the rest in this respect. Additionally, the cut of urban tees tends to be slightly larger in order to accommodate the â€œthugâ€ crowd, however the newer labels appear to be grading their shirts according to standard sizing, therefore giving them appeal to crowds who prefer to wear their size. Rocawear has addressed this through their â€œcustom fitâ€ line, but you still wonâ€™t find these garments in any boutique specializing in streetwear. 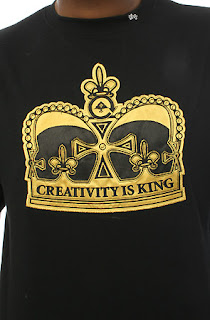 At the end of the day, streetwear, regardless of whether it draws roots from the urban or skateboard worlds, isnâ€™t something that is available to the masses through outlets such as Macyâ€™s. Ultimately, this is what disqualifies core urban labels from being considered streetwear as even one of the newest labels, Coogi, is available in department stores (granted, Coogi is a welcome breath of fresh air as they bring a completely new look to urban fashion). Within this context, one has to really respect LRG, for despite their tremendous popularity over the past few years they have chosen to maintain their underground appeal rather than kowtow to the call of the mainstream. Strangely the situation of urban apparel parallels the state of hip hop, most artists go out of their way to do what sells, rather than join the few who stay true to themselves and do it for those who truly love the art.