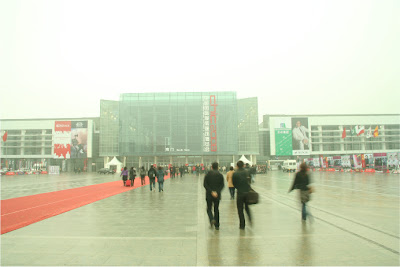 CHIC clothing show (China International Clothing & Accessories Fair) is Chinaâ€™s version of MAGIC. MAGIC is North America’s largest clothing show where buyers and sellers meet. To compare the two I would simply describe it as this: Las Vegas is known for excess and larger than life but the Chinese did build the Great Wall! 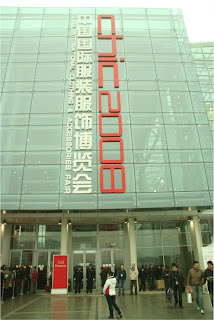 The CHIC 2008 is Chinaâ€™s premiere clothing show and itâ€™s already on its 16th show. It is the first event to be held in the New China International Exhibition Centre (NCIEC) with over 100,000 square metres. This was held from March 28-31, 2008. The NCIEC is Asiaâ€™s largest exhibition centre which started work in late 2001. It will host some of the Olympic Summer 2008 events. As I stare from outside it reminded me the Tian’anmen square with its large open space and wide structure. It conveys a sense of majesty and drama.

As I entered and started walking around I was quite taken away with the exhibits. This by far eclipses the show at MAGIC. The displays and areas were not that much larger than at MAGIC but the pure creativity and ingenuity was just spectacular. While at MAGIC it was one rectangular booth with wall enclosures and slightly different placements of table and chairs, each CHIC booth had a different theme and completely different layout with the table and chairs built into the theme. 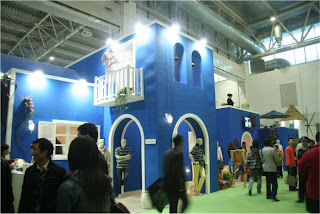 This exhibit shows the non use of rectangular space. Two levels with a Greek island seashore villa theme. 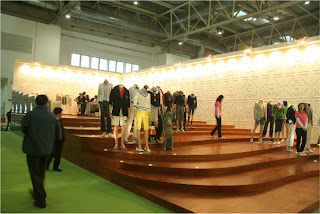 This is Hazzys, a high end Chinese brand. Went with the simplicity design. 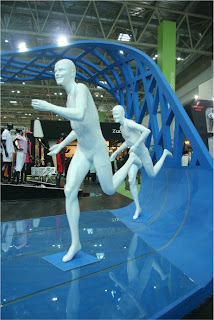 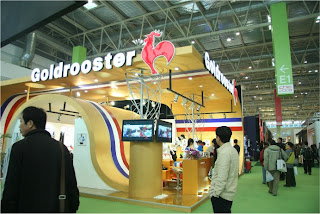 The Chinese likes to knock off western brands. Does the Goldrooster logo reminds you of some other western brand? 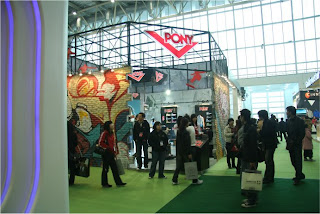 Even the western brands were here like PONY. Letâ€™s say they brought their close minded thinking MAGIC booth with them. 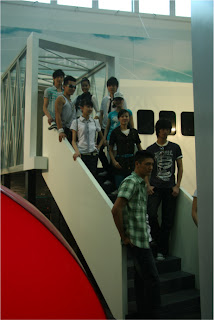 Kobronâ€™s theme is an airport. Live models posing for pictures and showcasing their shirts all day long. 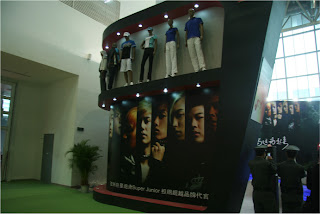 Simple concept manikins on the top level with vertical sliced photos on the bottom matched with the black shows a very powerful and authoritative feel.
I will post more amazing pictures. Stay tuned!

How to start a graphic tee line without design ability or even designs!

The MAGIC week in Las Vegas