The Four Dominant Trends and Their Effects on Fashion 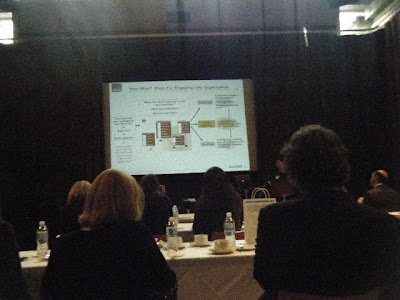 Last week while I was sitting at a seminar by Ipsos Reid, one of the top research firms in the world, I started to think about how the recession has affected trends and culture. The research findings brought up some very interesting points, which included the quite fascinating concept of how the recession has reversed decades-old trends almost instantly. Their research was quite comprehensive it was based on interviewing young influential trendsetters from America, Europe, and Asia. Each interview was one-on-one and was an hour long.

Along with their findings and my observations Iâ€™ve noticed four dominant trends, which can also put into the perspective of fashion.

People are more independent and self-sufficient; they want to take control of their lives, and have seen how the big institutions have failed and think they can do better. With the advancement of technology and focus on individualist products, such as Tivo and iPod, the â€œindependent movementâ€ has been happening for quite some time now. The interesting twist is that people donâ€™t just want to be independent and in control, but they are taking it step further and wanting to be self-sufficient. This movement has been set on reducing waste and a more sustainable way of consumption.

Within this trend is the active role that the consumer has with the product. This trend was covered in Wikinomics, written by Don Tapscott and Anthony D. Williams, and the feedback from users were used in the creation of new products.

This trend exemplifies fashion moving at a faster rate because of the almost instantaneous feedback from consumers. Such feedback can be referred to as the qualitative and quantitative information by data mining the Internet, twitter, and blogs. For instance, feedback has supplied us with the general view that garments should be made more durable and functional, and that the emphasis should be placed on the purpose and eco element. With the recession, it is no longer socially acceptable (or socially responsible if you want to call it) to play the luxury or vanity angle.

With the major collapse of the economy, the current financial situation of many people has changed to the point where many consumersâ€™ net worth have regressed to that of years before. They are reevaluating their situation; first there is a sense of shock and then a sense of rebirth. People are finding new meaning in their lives and new perspectives on how they relate to material goods. However, they still want to maintain their current lifestyles, so they can be found seeking deals, sharing, or renting to maintain what they have.

The rebirth trend leads to the reemergence of classic items. The demand for retro and classic designs has grown dramatically. Whenever any designs from the past come back in vogue, there comes a demand for updated classics. This has been a dramatic shift from the last 15 years where modern and futuristic products and designs were in the â€œit crowd.â€

Now that the eco movement is on everyoneâ€™s collective consciousness not only do people want to reduce cost, but they also want to help build a more sustainable planet. But in order to do so, they need guidance and leadership. The fashion industry has been moving towards more eco-friendly and sustainable fabrics as well as looking into the process of garment production, which is the next step is in reducing the costs of products and thus, making them more affordable.

People are more concerned with their money and spending. The focus of such mentality is not just saving, but also on understanding finances. This concept relates to the first trend where people want to gain control of their lives. Even though people understand that their money is vulnerable, they still believe in quality. Therefore, they are no longer spending freely, but rather, spending pragmatically.

One notes that people are not buying outfits for each occasion anymore; they seek something that can be worn on multiple occasions. This idea reverses the trend of disposal technology. Take a look at electronics for instance: in the last several years, with the advances in cellphones and mp3 players, we find that they were built to only last a little less than a year. This concept is applicable to computers too; we are using our computers longer now than before. Instead of buying a new computer to replace our outdated desktop, we find ourselves buying additional computers or laptops.

An interesting trend is the creation of â€˜instant virtualâ€™ communities. An example is the 60 Earth Hours where everyone around the world turned off their lights or did other energy saving action for 60 hours. Afterwards, the community disbanded with no long-term commitments , whch was instant. The consumer wants to be part of the brand and needs more than ever to feel connected to it. In the past decade, brand loyalty has been questioned a lot but it is returning with full force. In these times, consumers are focused on brand authenticity and brand interaction.

4. The role of luxury

How has the recession affected the luxury market? The flash and bling are gone – no one wants to look like they are doing well. People, though, are still indulging on luxuries; however, instead itâ€™s on the little things, such as an expensive decorative art item for the bathroom. This movement has been quite quick in fashion. Since the recession hit last fall, all the collection and pieces from this year has already changed to muted and sober aesthetics. 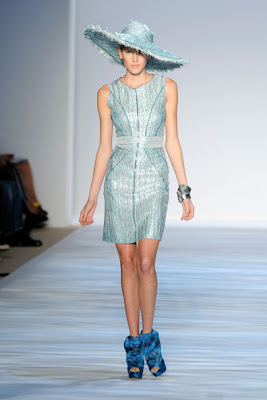 We are at the start of a generation of new trends. Many major trends from the last decade have sharply turned. While in prosperous environments and rapid technology advancements, the focus was on disposable, low-cost material goods. Such can be seen in the advancement of cell phones and the disposable attitude toward them. New technologies change rapidly, and the cost and quality have dropped dramatically from season to season. This trend was clearly demonstrated in the futuristic car and popularity of modern style dÃ©cor (think Ikea). During this time, many have shouted the death of â€œbrand loyalty,â€ as everything became commodities, and where everything boiled down to the price and features.

What a shift it has been from just a year ago and how unexpected that things have changed so drastically. For example, people are not going towards lower quality, lower priced goods anymore. Instead, they are focused on more durable, versatile, and higher quality products. In addition, one finds that in these turbulent times, people are shifting back to the classic styles for a sense of security and stability. Vintage and retro styles are in. The recession has created a sense of vulnerability. This feeling hastens the adoption of the eco movement and need for sustainability. Whatâ€™s interesting, though, is the move from the consumer back to the concept of brand loyalty. In times such as these, the consumer seeks the security of friends and brands that have an appeal of authenticity.

5 Tips for Pulling Off a Jumpsuit this Summer