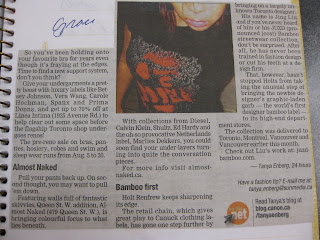 His name is Jing Liu and if youâ€™ve never hear of him or his JUZD (pronounced joost) Bamboo streetwear collection, donâ€™tâ€™ be surprised. After all, he has never been trained in fashion design or cut his teeth at a design firm.

The collection was delivered to Toronto, Montreal and Vancouver earlier this month. Check out Liuâ€™s work at: juzdbamboo.com

HOW TO WEAR THE TREND: SPRING PASTELS & FLORALS

The Best Looks from New York Fashion Week for Fall 2014