Today I checked out all the shows that was happening in New York city this week, Project Show, Blue Collective, and Capsule Show. The Project show is the denim and streetwear show, started out in New York but now it happens in New York and Las Vegas and now is owned by Magic. Blue and Collective show is operated by ENK which is the closest competitor to Magic. Blue is their denim and casual wear section and Collective are the more formal lines are. Capsule is the new cool kid on the block. More hipster and underground lines, it’s all the new stuff the cool kids are wearing. Don’t get it mistaken, it’s not as underground as you might think, these are top lines in all the big important retailers, they are just less commercial than the competitors at the other shows.

The economy sucks. As I was talking to a close friend in the industry who’s ear is on the street all times tells me that everyone is having trouble paying. Even the big shops are asking for extensions and will only take consignments from any new designers. All the shops in LA are doing horrible. New York is not that great either. One of the top shops here in New York, Lounge has closed down. But they opened a new store but it’s a discount place now. He tells me this new game the retailers are playing. Changing company names but keeping their shop and ignoring the accounts payable. It’s a difficult time for all. But he’s optimistic about the international market, for extending his line anyways.

He’s in the premium streetwear market and he tells me the spending of $100+ on tees are long gone. Everyone is lowering their price points.

What does this mean for brands and buyers. They are cutting back on their trips and tradeshows. As everyone know the Vegas shows are the essential shows many brands have elected not to do New York shows. As this have been happening for a while now even before the meltdown. And the buyers are cutting back and not attending New York shows either since they have go to Las Vegas to see all the lines. 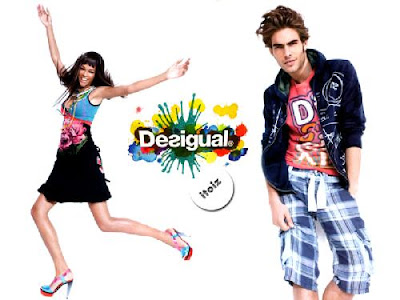 It was my first time at the ENK Blue Collective show. It has a nice set up, at Pier 94, quite a distance away from the subway so it was hard to get to. It was very small and traffic wasn’t that good. A rep I spoke to told me that by far Project is much better. Saw a couple of interesting lines, it was my first time seeing Desigual from Spain. A very colourful line that just entered the US market for a couple of seasons and have been in Canada for a few seasons now. However it’s quite big in Europe and opened a store on Broadway downtown Manhatten this past April.

Project New York was next. They moved from the Javitz convention centre to the Lexington Armory, which was really not close to anything. I went in and after a little while I figured it out. It’s about half the size of last year which was already very small. People just wasn’t getting the value in paying for a booth and not enough buyer’s were coming to the event. Saw a couple of cool lines of jeans which has crazy washes and detailing, Red Pepper and Vintage Laundry. Check them out. They are kind of unknown so it’s going to be hard to find them. 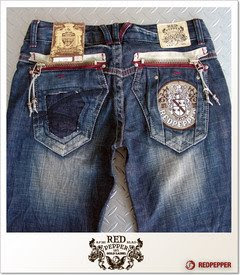 Jumped in the shuttle taxi which Project New York offers and headed to Capsule down at the church. It was pretty packed last year, see photos and blog. It was still pretty packed this year. Looks like things are getting better for this show. This is a show that everyone talks about. Very hipster underground New York kind of things. Met the guys behind Naked and Famous which is my favourite line of denim. Also saw this pretty cool line right before I left down in the basement, Shades of Greige.

I know last year they had a waiting list for Capsule and that’s why this show is packed. This year Capsule is going to Vegas, interesting to see how they will compete there. I see Capsule as a New York style kind of show, it definitely has it’s own niche.

You might think that with the bad economy there will be less lines and stores attending Las Vegas but I predict otherwise, it will be just as big as all the previous seasons. There’s a new show called Premium at Magic. The popular Project Las Vegas will be cut in half and the half it cut will be at Premium. Heard that the buyers are more diverse and have higher price points at this show. I think that’s where JUZD will end up being. But even with the bad economy it won’t slow down the show, this is once in the year where the lines meet to get orders from their buyers, no way they will miss out on that.

How to repair denim jeans